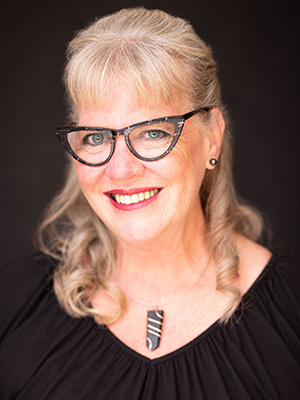 Gail Mortimer is the Founder Facilitator and co-author of the 13 Wise Women book series.

Having immigrated from South Africa to Australia twenty years ago, she has lived in Geelong ever since. She has been married to her long-suffering and wonderfully supportive husband for 40 years, is a mother of four, and a grandmother of eight-and-a-half energetic grandchildren.

Gail is passionate about helping people empower themselves. She sits on the board of charity organisation, Water Safety Vietnam (WSV), and trains teachers in Vietnam how to teach children water safety and swimming.

She is full of life, cruising around with her husband on their motorbikes whenever they get a chance, or jet skiing on the bay with her family.

Her day job is hiring and selling life size replicas at The Wow Facta with her son, and in sharing her love of healthy food by selling Thermomix's (in her spare time). 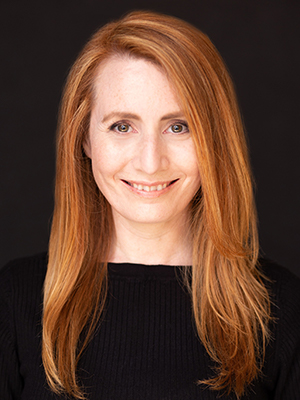 Davina Montgomery has made a career out of words, ideas and stories. She says she never wanted to be a journalist but was lured into the world of deadlines, headlines and truth-seeking for a couple of decades before becoming a digital producer at Adcell Group.

Two gorgeous boys and the man who keeps her steady are her home. Together, these three hold the keys to her laughter and happiness, which is handy, because she would only forget where she put them.

Living on the Bellarine, she can be found wandering around with her head in a book while her French Bulldog takes her for long walks.

She likes the simple things; Netflix binges in her downtime, and podcasts while doing the washing or taxiing teens to sport. Her signature scent is panic and Burberry London, and she says she is looking forward to a little more sunshine in her life, only not too much, as redheads burn. 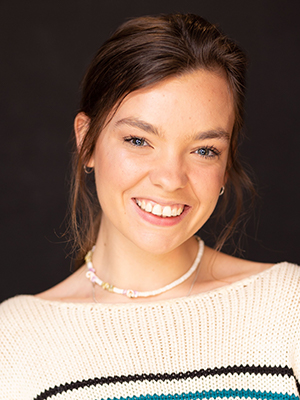 Chloé Hayden is a twenty-three-year-old actress, singer, musician, horse rider, public speaker, autism advocate, sister, daughter and friend. A neurodivergent woman, being both autistic and having ADHD, Chloé is passionate about advocacy, awareness and education.

At the age of sixteen, diagnosed with Autism and feeling alienated and an outcast, Chloé decided to start writing a blog under the pen name Princess Aspien, where she spoke about her life as an autistic girl and vented her feelings. Her message resonated and today Chloé is a sought-after speaker around the world and has a global audience of millions across YouTube, TikTok and Instagram.

Chloé has had acting roles in Australian short films and television shows, including Neighbours and Upper Middle Bogan, has released her first music single, owns a sensory friendly clothing store, and is a professional horse rider, competing in Downunder Extreme Cowboys. 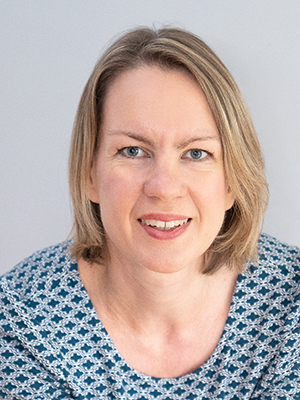 Frederike is the owner of Ondetto, a web design, development, and digital marketing agency. She has a business degree and spent several years working as digital marketing manager for various companies in the UK including Bosch, Register.com and Corel. As a mum to a 6-year-old girl, she is used to the challenges of splitting her time between running a business and caring for a young child.

Frederike grew up in Germany. She and her husband Guy spent 8 years living in London and have travelled extensively in Europe, the Middle East, South East Asia, India, USA, and South America. In 2010, they set off on an epic bicycle ride that took them from London to Geelong, spending 15 months on the road and cycling 18,600km.

Frederike lives in Belmont with her husband, daughter, dog Koko and two chickens. In her spare time she likes to read, cook, cycle, do yoga, visit the beach and travel. 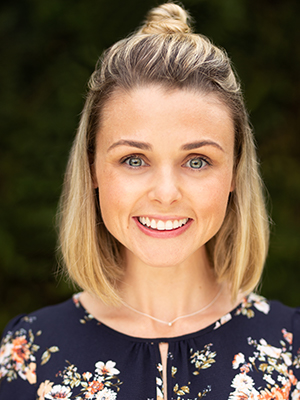 Sarah was born and raised in Geelong. She can’t remember a time when she didn’t want to be an actor. It is her passion.

She has played many roles in Australian Television shows including Pigs Breakfast, Blue Heelers, Neighbours, Canal Road and, most recently, Winners and Losers.

You may also hear Sarah on local radio station Bay93.9 FM, where she is a regular co-host on the drive show, The Catch Up.

The two biggest loves of Sarah’s life are her partner, Adamo, and almost-2-year-old son, Jack. She enjoys nothing more than hanging out with her boys. Apart from family time, Sarah loves a bit of yoga and is keen to roll out the mat whenever she gets a chance. 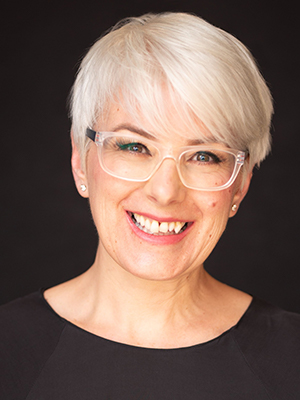 Mara McDonald is a mother of three, a wife, a daughter, a sister, a sister-in-law and a friend. Born and bred in Geelong, she spent seven years living and travelling in Europe before returning home.

Mara McDonald is an experienced facilitator, executive coach and organisational consultant. Currently, Mara is working in a local hospital, integrating mission and values across the hospital’s departments.

Mara is a yoga enthusiast and loves to travel and immerse herself in different cultures and new experiences, even if it is only within Australia.

Mara believes life is better when you have an optimistic attitude, and attitude is a choice. 2020 has tested all of her beliefs. 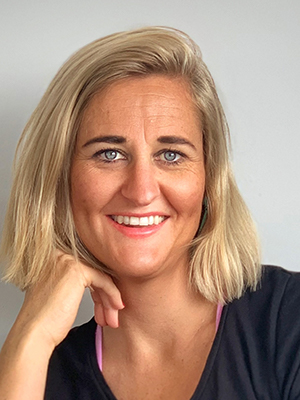 Ange Liston-McCaughley is the founder and CEO of the Type 1 Foundation, a Victorian charity that supports the emotional journey of families experiencing a new diagnosis of Type 1 diabetes and connecting them to the community of Type 1 families.

The idea for the foundation came to her after running a marathon, just one of ten marathons she would run that year, crossing the line in a pink tutu and raising awareness for Type 1 diabetes.

An inspirational woman with a strong vision and clear focus to support others, she is a mum of four gorgeous children and comes from a large, supportive family. Ange grew up in Melbourne before relocating her family to Geelong in 2009.

Not only is she extremely friendly and caring, but with a background in fashion and events, Ange rocks out any outfit with style and certainly knows how to organise a large-scale event with precision and ease. 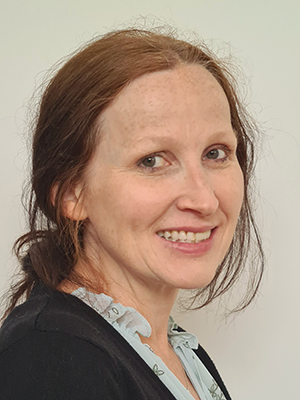 Tracy is a self-proclaimed introvert who is still trying to master the art of conversation. It’s little wonder this ‘forty-something’ year-old prefers the written form of wordsmithing.

Many moons ago she was the editor of Forte Magazine, a street press music rag that is still doing the rounds in Geelong and regional Victoria.

She now spends her time in the corporate world, usually as a Process Analyst and also avoiding people (her studies have proven that it is possible to be allergic to small talk).

When she does come out of her shell, she is quite the laugh, although many of her comments have been deemed inappropriate, as documented in a series of children’s books she penned called ‘Poems to Make You Puke’. But she continues to write.

You may spot her hiding out on the Bellarine with her partner, their 9-year-old son and their sausage dogs. 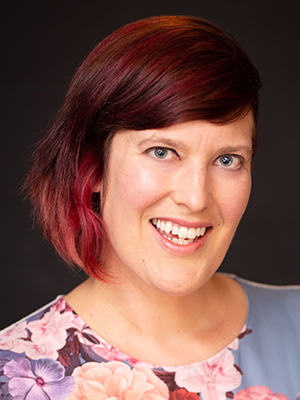 The desire to ignite and inspire positive change and growth in people has led Simone along a varied career pathway. A fascination with the mysteries of the human brain firstly led Simone to obtain a PhD focusing on mental illness, before a shift in focus led her to pursuing a career in strategy across both state and local governments and now oversees the City of Greater Geelong's pools, gyms and indoor sports centres. Having been born and growing up in Geelong, it was with great pride that Simone led the community engagement to develop the region’s 30-year Clever and Creative Vision.

Simone is also a transformational coach (www.afreshapproach.com.au), creating the space for people to gain confidence and inspiring in them the belief that they can achieve things greater than they had ever imagined.

Simone is also mother to a 3-year-old girl and lives in Lara with her partner, Paul. Simone’s favourite activities include weekend tripping to Bunnings, tending to her indoor plants, renovating, walking and eating the very best food and wine that Geelong has to offer. 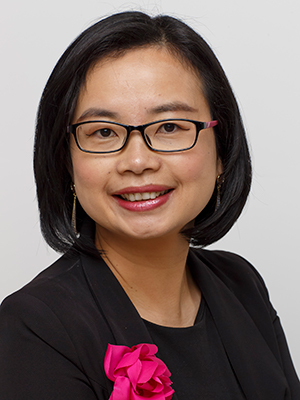 Yan Lin is the Director & Senior Sales Consultant at Hayeswinckle East Geelong. Coming to Australia in 2007 as an international student with a one-way ticket, Yan is now a leading real estate agent and a fierce negotiator across four languages, she has made her dream come true.

She is also mum to two beloved children, loves cooking and trying new recipes, is a semi-professional tennis player, and a certified scuba diver and has travelled the world to dive at more than twenty of the planet’s most extraordinary dive sites. She is on track to becoming a deep sea and cave diver.

Yan is an active member and ambassador of a variety of Asian community groups across Melbourne and Geelong and, together with her husband, founded charity group, A Helping Hand, to help people in the northwest region of China who are in desperate need of essential supplies and medicines. 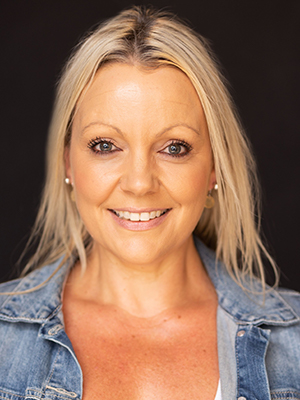 Sarah is a former model and television actress. In her late thirties she decided to go back to university and pursue her dream job and now works as a qualified social worker, which she loves. But her greatest and proudest achievement is being a mum to five amazing children, who range in age from twenty-three to eight.

A dedicated volunteer, Sarah has counselled refugees and asylum seekers, and provided emotional support and psychological first aid to disaster-affected people through the Victorian Council of Churches (VCC) Emergency Ministries, including during the devastating 2020 bushfires.

When Sarah is not at work or volunteering you will find her on her property, where she loves to read and write and spend time with her sizeable clan of kids and animals. At the end of the day, you will often find her relaxing in her outdoor spa with her Irish husband of 23 years and a well-earned prosecco in hand! 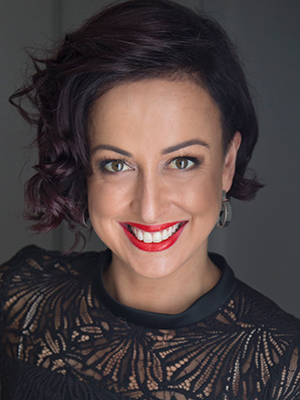 Jen is the founder of “Be The Confident You”, she is a video and confidence coach and runs the Video Confidence Academy. Jen gets enormous satisfaction from the transformation in confidence her clients achieve, as well as seeing their businesses thrive.

In 2016, her dream of becoming a mum came true. After many failed pregnancies, a little miracle was born, his name is Alby. Becoming a mother changed Jen’s life and bought with it many shifts and learnings. She realised that everything she was doing was also teaching her son something.

Her closest friends describe her as being a supportive and bubbly person that they can rely on during the good and the not-so-good times. She is a devoted mother and wife, and the simple things fill her with joy. She will always try to find the positive in any situation. 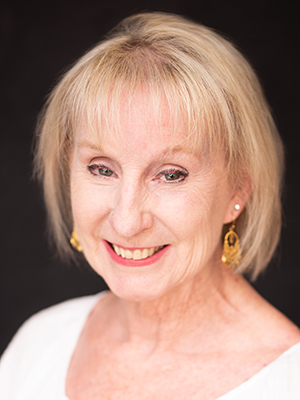 Linda Newman is the founder of Pilates&Yoga Styles, a groundbreaking multidisciplinary studio, which became a sanctuary inspired by traditional teachings. For many years she has juggled the roles of wife, mother to four children, teacher, lecturer, and seeker while being a passionately committed student and practitioner.

Having discovered a path to true health through traditional yoga more than three decades ago, Linda has dedicated herself to preserving and sharing these teachings. She has trained hundreds of teachers worldwide, is an Indigoluna Ambassador, and has frequently presented at yoga and fitness conferences.

A lifelong student and dedicated practitioner herself, Linda is a teacher with integrity who delivers authentic yoga classes and teacher training. She is tirelessly committed to creating a high-level learning experience for her students.